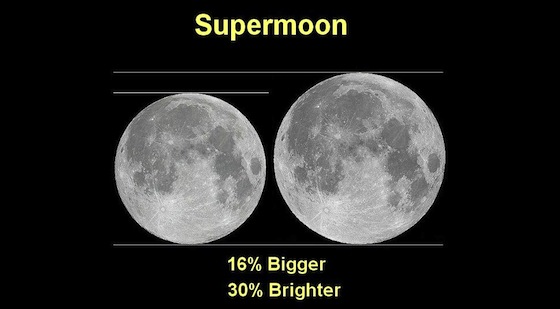 Tonight, the 9th September 2014 marks the third consecutive "Supermoon" we have had this year. These "Supermoons" bring unusually extreme tidal ranges (today for example, in Ballito the Tidal Range is well over 2 meters, a lot more than normal, in fact close to the maximum ever recorded) and definitely fun snorkeling conditions.

How unusual is this According to NASA three Supermoons in a row are not as uncommon a phenomena as one would expect and no, not a sign of an imminent apocalypse.

The scientific term for the phenomenon is “perigee moon,” in which a full moon occurs at the closest point to Earth in its elliptical orbit. (The “perigee” of a moon or satellite’s orbit is the nearest point to Earth; the “apogee” is the furthest point from Earth.)

The moon’s perigee is about 50,000 kilometers closer to Earth than its apogee.  And this happens quite regularly.

For Ballito and other coastal residents, the low tide will be a 0,1m, that's about as low as you have seen it in many months, a spot lower than the extreme low we saw on the last Supermoon in August 2014....and of course with extreme lows, comes extreme highs, a 2,19m high forecast for Ballito later this afternoon. A high tide of 2,19 is about as high as we have seen in the past 2 years and well worth having a look out for. And if that's not enough to keep you staring out to sea, tonight's  Supermoon will rise over the ocean at around 18h30, sure to be spectacular, so get out there and enjoy nature doing her thing.

Find out everything you need to know about Supermoons in this NASA explanation....and we will rather call it a "winter of Supermoons"