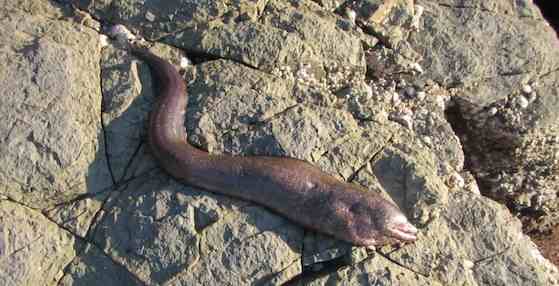 Fishing, around the world is a hugely popular pastime for relaxation, getting away from it all and for some great family time. I grew up fishing, fishing was my introduction to “nature” and the natural world. But the world is changing and the way we manage and look at recreational fishing needs to change too.

You just need to ask any “old” fisherman and they will wax lyrical about the fish they used to catch 10 years ago, the sizes were bigger, and the catches more. Most fishermen would argue that this decline is due to commercial fishing, and yes to a certain point it is BUT commercial fishing for the large part takes place in pelagic waters and recreational fishing takes place in inshore waters, two distinct ecosystems. So the argument that recreational fishing has little impact compared to commercial fishing is not a valid point. But regardless, we must accept that fish populations are plummeting around the world yet we do nothing to mitigate this, business as usual. This is not a sustainable solution and not great for any party.

Catch and release is often promoted as a solution and this is a fantastic initiative which we wish there was more of. Unfortunately, in real life, we see very little catch and release actually happening.

There simply is no effective regulation, licenses to catch fish recreationally are issued by the “Post Office” and there is simply no real science behind this approach. Our conservation management bodies are sorely understaffed and control and regulation of these license requirements are simply not enforced at the levels that are required to effectively manage recreational fishing.  We see evidence of this daily, actually I would argue that most recreational fishermen don't even know what the conditions of their licenses actually are.

No understanding or consideration for carrying capacity

In normal conservation terms, when managing a natural resource, conservationist and scientists look at “carrying capacity” – how man animals should there be in a certain space and how many can we safely remove without damaging the ecosystem. In the case of fishing, licenses are issues with no regard for the carrying capacity of specific areas. For example, licenses can be issued to 1000 recreational fishermen at one site and 10 at another site. Our entire coastline from a perspective of “how many fishermen can this area handle” is considered homogenous. So over a holiday period for example, hundreds of recreational fishermen can descend on one spot and a handful on another.  Obviously the site with hundreds of fishermen will be under more pressure than the other site, so logic would dictate that catch limits etc… should be reduced for the popular site. Unfortunately this is not the case at all. The result, a lot of very over fished, over utilized stretches of coastline.

Yes, we know this does not apply to all fishermen, but ask anyone living in a coastal town what really bugs them on the beach and many will reply with the same thing, old fishing line laying about, rotting boxes of sardines, fish guts, the smell….as a rule (and yes, we know there are exceptions, good fishermen) the mess left on a beach by the fishing fraternity is disgusting. Go snorkeling offshore and day in ay out you will remove hundred of meters of old fishing line every time, you’ll find dead birds with fishing line tangled around them, dead fish tangles in old fishing line. Any other “hobby” that left this mess would be very unpopular.

Finally, there is the animal welfare issue. Would you teach your children to hunt birds with a pellet gun? Of course not well, we would hope not. Then why is it acceptable to essentially hunt fish? Think about it a bit, fish are the “birds of the sea”- on land even professional hunters have very strict ethics with regards to how an animal is hunted and killed. Fishermen very seldom care about the well-being of their catch or potential cruelty when the fish suffers by suffocating to death on a dry rock.

Research has now proven that fish are intelligent animals, capable of experiencing pain, they have memories and they do suffer like any other animal would. It is time that marine animals, fish, invertebrates, marine mammals enjoy the same level of protection that land animals do. Land animals are generally protected from cruelty under the animal protection act, yet step into the sand on the beach and the life here is not even considered an animal, it is a resource. …and this is fundamentally wrong.

First and foremost, we need ethics and standards for the humane killing of fish caught by fishermen, much like hunting, a slow painful death of the animal being hunted is not acceptable and humane treatment of your catch should fall under the same set of ethics.

Secondly, we need more areas where fishing is simply not allowed, I’m not talking about huge tracts of beach, just a couple of kilometers in each coastal town as a start, somewhere where fish populations can recover and perhaps even rotate these areas over time. The point, the ocean needs more protection, our entire coastlines can not simply be open for anyone and everyone to come and catch, kill, eat, that approach will mean nothing left very soon.

Finally, we need more regulation and science behind the issuing of recreational fishing licenses, different areas have different carrying capacities and are under different natural (and unnatural pressures) – our license system needs to take these differences along our coastline into consideration

I really hope that one day our conservation laws can start protecting the ocean and ocean life in the same way we do on land.....and that people, think a little bit harder about what they do, their own personal impact.