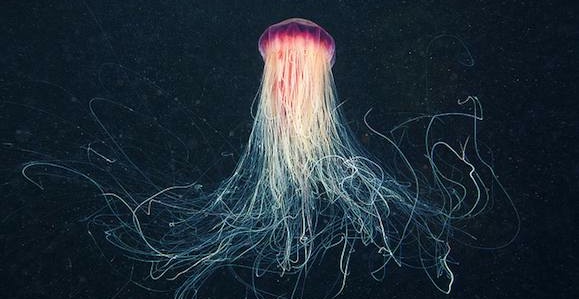 The ocean is actually a very friendly place, most the "dangerous stuff" gets an unreasonably bad wrap. At the end of the day, if you want to be safe in the ocean, learn more about beach safety and how to swim properly. But, nevertheless, everyone remains fascinated by the things in the ocean that can sting and bite you, those things that bring grown men to tears.

Here is Tidal Tao's guide to the top five "Stingers" around our coastline, what it feels like and how to fix it ...if you can. The moral of the story, DO NOT TOUCH OR MESS WITH CRITTERS IN THE SEA AND THEY WON'T MESS WITH YOU. 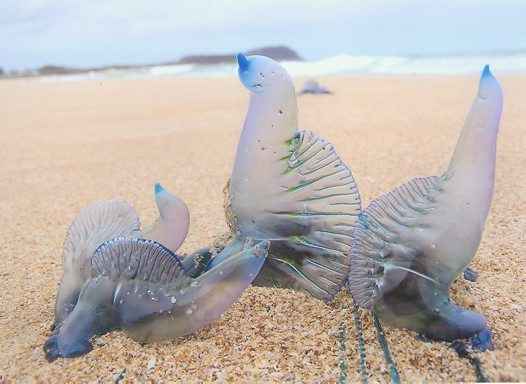 By far the most common and likely critter to give you the nasty when on holiday at the coast, the Bluebottle. This is probably the only critter around that will get you by "accident", without you disturbing it first. You see Bluebottles washed up on the beach all the time, especially in summer, when there are strong onshore winds blowing. And there is your first clue, if the wind is pumping a north east, expect these guys in the water, if you see one, there are probably more.

So how does it feel, on the "eina" scale, probably about a 4/10 ….not much worse than a Bee sting, in fact, probably the most OK sting of all the stings you could get in the sea.

What do do when you get yourself stung, the very first thing is to avoid the temptation of ripping the stinging tentacles off "just like that" …as you pull them, you just spread the sting more. Instead, do the following:

We found that just sitting with your wounds in the sea water, nursing a beer is the best bet for beating this stinger. 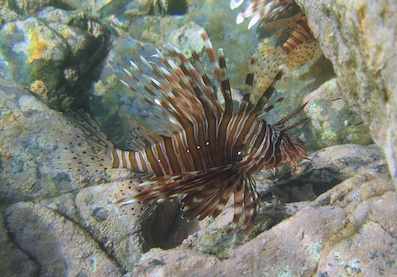 The Devil Firefish or Lionfish - they look nasty and in a way they are and with those spines, they clearly spell trouble. BUT if you do happen to get zapped by one of these fellas, we are pretty certain you had it coming. Most of the time they are extremely docile and will never "randomly attack" you rabid-zombie fish style. You normally need to sticky your fingers somewhere they should not be or provoke a Firefish pretty well to get nailed.

According to "Dive The World" the venom is pretty potent, and a lionfish sting constitutes a serious health emergency. Symptoms of a sting include intense throbbing, sharp pain, tingling sensations, sweatiness and blistering. Worst case scenarios, though not normally fatal to humans, include headache, nausea, abdominal pain, delirium, seizures, paralysis of limbs, changes in blood pressure, breathing difficulties, heart failure and tremors and loss of consciousness. Basic first aid treatment includes immersing the afflicted area in hot water (to 45°C). Professional medical attention should be sought in all cases of a Firefish Sting.

If you had any doubts about how uncomfotable this is have a look at the YouTube Clip Below, the poor fella actually peed in his paints :) (Note on video clip: Lionfish are NOT an invasive species in South African waters) 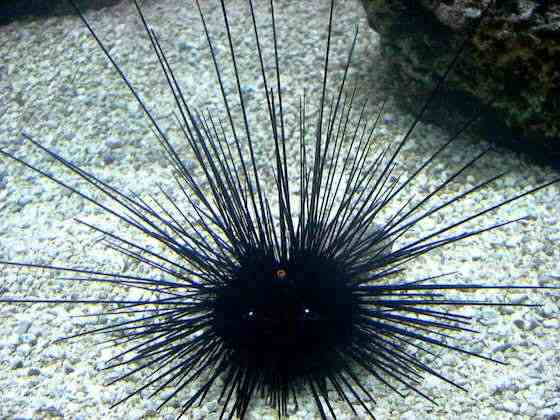 Compared to Lionfish, Urchins are probably a pleasure. And once again, if you get zapped, this is almost certainly your own fault. A Sea Urchin, a relative of the Starfish, is not an active hunter seeking out human prey. You really need to be daft and not look where you are walking / swimming to get zapped by one of these guys.

The first thing you will need to do is remove as many of the spines that you received from the urchin as possible. It will hurt, A LOT but it is necessary in order to start the healing process. Sea urchins release venom through two areas: their spines and pedicellaria, which are small "seizing organs" between the spines. One of the tricks we have heard of is to heat up wax, apply to affected area, and let dry. Then remove the wax once it's dry, removing with it any tiny fragments of the pedicellaria. The spines break very easily, so go slowly and carefully.

Once you have the spines out, put a towel with some vinegar on the wound and then put it in very hot water (as hot as you can handle) for half an hour or so, reapply the vinegar and take it easy, reminisce about how you will never go stomping through a tidal pool again.  We have actually tried out the hot water trick using some hot tea we had on the beach and must say, it did help soothe the pain!

If the spines don't come out, go see a doctor. They have nice sharp blades there :) 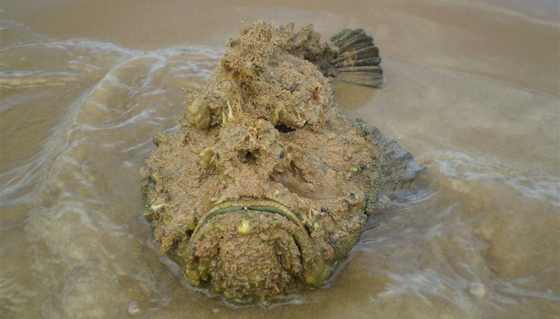 The big daddy of stings in South Africa - if he zaps you, you have a relatively decent chance of going to the big snorkeling spot in the sky. Stonefish are among the most venomous of the ocean's creatures, but like most, extremely docile, you really HAVE to stand on it to get stung. In fact, you can probably (we do not recommend it) pick one up without it even batting an eyelid, that's how chilled they are. Stonefish give their stings from a spine on the dorsal fin, this spine is only erected just before you step on it. Some experiments indicate that they only actually erect the dorsal spine as they notice a shodow decending on them (the shaow of your foot that is)

In case you're thinking about messing with a Sstonefish for shits and giggles, here is a description of what to expect...doesn't sound pleasant does it?

"The intensity of the pain was so strong that it felt like my foot was bathed in acid. Pain shockwaves shot through my foot, leg and body as the Stonefish’s venom made its way through my nerve pathways. My entire body was twitching and aching. Feeling faint, I began to dry heave. I remember thinking please let me pass out because the pain was too much."

I got spiked on the finger by a Stonefish in Australia … never mind a bee sting. … Imagine having each knuckle, then the wrist, elbow and shoulder being hit in turn with a sledgehammer over the course of about an hour. Then about an hour later imagine taking a real kicking to both kidneys for about 45 minutes so that you couldn’t stand or straighten up. I was late 20s, pretty fit physically and this was the tiniest of nicks. Got sensation back in my finger after a few days but had recurrent kidney pains periodically for several years afterwards."

We see these Stonefish regularly in shallow knee deep water and always amazed that we don't hear shouts of agony from the crowds on the beach more often. Don't say you were not warned. Seriously, be careful. People do die from these stings and you will need antivenom, so get to a doctor ASAP, no fancy tricks here....and no, peeing on your buddies foot will not help. 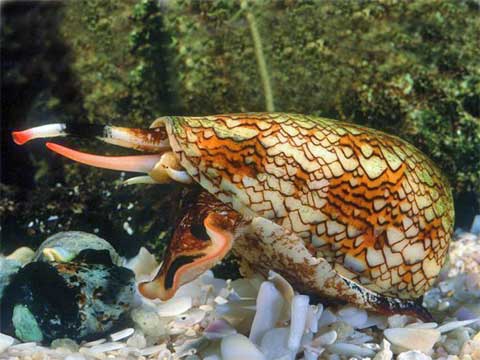 It drives us dilly seeing shell collectors on the beach, especially people collecting live cowries and other living shells. These creatures play a hugely important role in the ecosystem (even when they are dead, yes, an empty dead shell is still a critical source of dissolved calcium for corals and other shells) - but one day, I'm sure Karma will get her own back and some dirty live Cowrie collector will find themselves this beauty, a Cone shell, they look so pretty and harmless don't they? Well you couldn't be more wrong.

In order to get its prey, the cone snail injects a rapid acting venom from a dart-like tooth (radicula) or dagger. Yip, these stings have been compared to "poisonous harpoons"  !! What to expect, well ....

Not yet convinced that collecting shells and critters from Tidal Pools is not a grand idea, watch this charming little critter in action...you'll be convinced.

Moral of the story, leave ocean creatures alone and you'll be just fine. In the years and years of snorkeling, we have encountered all of these creatures very regularly, and with the exception of Bluebottles, none of these animals has ever stung, attacked or even showed signs of aggression. So don't loose sleep over it, just don't mess with them.