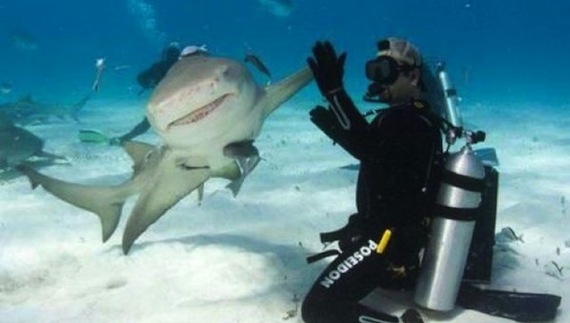 One the most common questions we get asked (and common fears of first time snorkelers) is the question about "Sharks" ....how safe will we be? Is their risk of being attacked? What if? And oddly, this is one of the last things you need to worry about in the sea. Sharks clearly have very poor Public Relations Officers.

To put your mind at ease .....here are some reasons you really should not be afraid

Firstly, the odds of you getting eaten by a Shark are seriously low

You have heard the comparisons and they are true, you have a better chance of being killed by a diary cow or a falling fridge. The odds get even lower when you consider where you are snorkeling or playing in the ocean....it's not like you're paddling out at sea with a T-Bone steak strapped to your ankle. Even so, the odds remain extremely low. Shark attacks get a LOT of press and publicity, so we are left with the impression that attacks are common, when in fact they are actually very very rare.

Secondly, Sharks are actually rather shy and vary in their behaviour

Most snorkelers and scuba divers are actually quite keen to see Sharks in their natural environment. There are so many different species with different behaviors, Sharks are actually fascinating animals. But sadly, seeing a Shark in the wild is also considered a very lucky experience. Sharks are shy and tend to move away when there are people around. So all your splashing and carrying on in the water is more likely to frighten a Shark away than actually attract it closer to you. But let's hypothetically assume the Shark is attracted to the sound of you in the water. You now need to have a Shark that is actually aggressive and wants to eat a human....again very rare, the vast majority of Shark species have never attacked humans and feed on much smaller prey. So if you are lucky enough to see a little Shark on your next snorkel or dive.....be happy :) ....Not convinced, then read this

Thirdly, Shark numbers are on the decline, drastically

Sharks numbers are dropping rapidly, us, humans, as it turns out are far more effective predators and far more dangerous than Sharks could ever wish to be. Each year humans kill millions of Sharks, compared to a handful of people that get killed by Sharks, the odds are stacked against the Sharks for sure. But being apex predators in the oceans, their decline has serious downstream effects on the ecology of our oceans. Biologists have known for many years that when you loose your top predators in an ecosystem, the entire system collapses. Not cool. 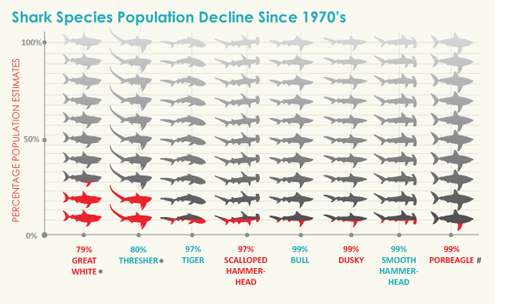 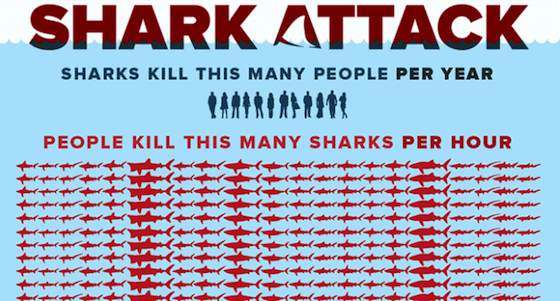 So next time you see those KZN Sharks Board signs on the beach, instilling fear in everyone, know that this is serious 1960's thinking. Most people have moved on. In our opinion, you really want to save lives in the ocean? Teach children to swim properly, teach people beach safety, get more lifeguards, the "Shark Nets" are seriously a waste of tax payers money, you'll be fine