The ocean is full of incredible creatures, some simple little critters, others wield super powers that make the Avengers look like a bunch of school girls. Meet the ocean critters with super powers you could only dream of having

The Mantis Shrimp (The Smasher) 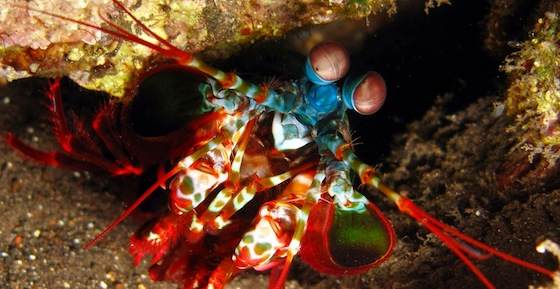 The Mantis Shrimp makes Thor look soft. Mantis Shrimp have some incredible super powers, but their most famous is the blistering fast "punch" that these shrimp have in their arsenal for hunting prey, reputedly as powerful as a .22 bullet! These little guys have the fastest predatory strike on the planet, so fast it can superheat water from the energy released during the punch! The mantis shrimp can launch its clubs at over 20m per second! Such speeds generate an area of low pressure that forms a vapor bubble, a process called cavitation. When these bubbles collapse, they release a load of energy in the form of light and heat, reaching over 4000 degrees Celsius ! This blistering heat is too quick to fry the prey, but that’s no consolation to the poor critter. The shock wave from the implosion of bubbles follows the punch and slams into the shrimp's target, often knocking it out cold.

Want to see this super power in slow motion action.....watch this incredible clip of this super hero shrimp

It doesn't matter where they are, if they want to sneak up on you in your sleep they will. Good thing you don't live in the ocean otherwise the Cuttlefishes superpower could be particularly disconcerting.  Much like their close relatives, the octopus, Cuttlefish possess the ability to alter their appearance in the blink of an eye, and adapt to its surroundings. This superpower can create the perfect camouflage that would put even a chameleon to shame. It can easily imitate the appearance and even the texture of anything that it sees such as rocks and known to even produce zebra-like patterns on its skin. Cuttlefish can adapt and blend into virtually any background, even household furniture .... check these super heroes in action in this amazing clip. 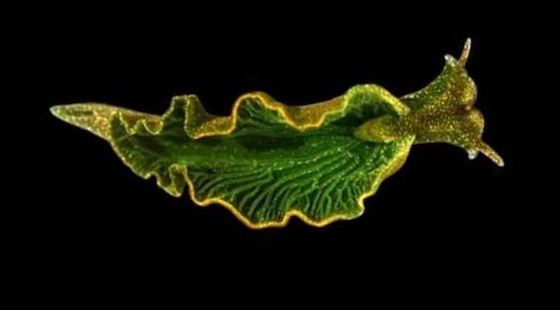 Solar power is a relatively new development for humans, but it can't help us feed ourselves. To be able to actually survive off the power of the sun, now that's a nifty and very useful superpower. But to be able to do this, you must first be able to absorb and use the DNA from plant material.....an even greater superpower. And that is exactly what these Elysia chlorotica Nudibranchs are able to do. This incredible Sea Slug literally steals the genes from algae that it eats, it then lines it's stomach with the chloroplasts (required to convert the sun's energy to "food") ....however, this should not actually be able to work as the chloroplasts are not part of their original plant anymore. But this critter has the amazing ability to just that. It is a bit like you eating an apple and some of the apple "becomes you" - Nifty super power indeed. If you want the full, complicated explanation for this amazing power, click here for more on these nudibranchs

The Porcupine Fish (The Hulk)

No group of super heroes would be complete without their own Incredible Hulk. And we have just the fella to fill that niche. Small and docile, make it angry and all hell breaks loose. Meet the Porcupine Fish. When attacked, the porcupine fish unhinges his jaw in order to widen its mouth. This allows him more room to suck in around 35 large gulps of water in just a few seconds, allowing them to puff up to three times their normal size. Intimidating, yes. Luckily we don't have to deal with his torn denim jeans that don't really fit. Imagine you could make yourself 3x larger in 10 seconds. Not impressed? If this were you, you would weigh in at 200 Kg's or more, be taller than your house.....yes, when you think about it, this is a seriously cool superpower to have. 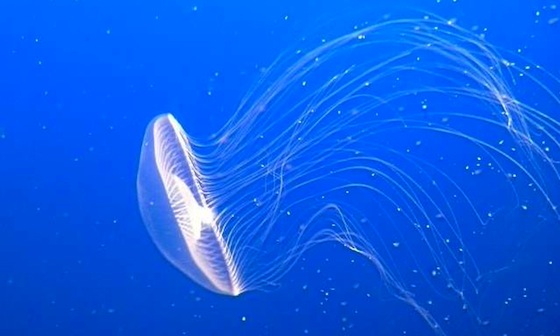 You may recall our post a few months back about crusty the immortal lobster, he is definitely on our super hero list, but it is difficult to trump true immortality like the Immortal Jellyfish does. You read that correctly. There is a jellyfish species that, after mating, reverts back to its juvenile form. By repeating this process, scientists believe that Turritopsis nutricula can live indefinitely. Imagineit like this, if this were a person, you would grow old only to become a baby again. Perhaps this is where Benjamin Button got his inspiration. However....being biologically immortal is one things, surviving being washed up on the beach or humans is another....I guess each super hero has their "kryptonite"

....and there are so many more, Captain Sonic, The Archer, Sludge .....we will introduce you to the rest of the team in our nest article on Superheroes of the ocean