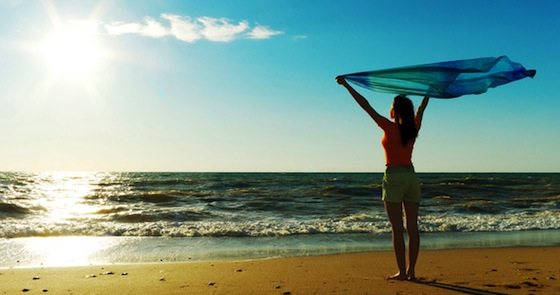 A couple of months ago we asked visitors to our website to tell us what activities they undertake in the the ocean, how often they visit, how it makes them feel? Their answers suprised us. Could it be that simply being near the ocean has an impact on how our brains function and our general sense of wellbeing?

We had well over 100 responses from people all over the world (mostly South African though) ....most questions gave us answers that we pretty much expected. Questions such as what do you do in the ocean and how often do you visit the beach, your favourite moment in the ocean? These all had relatively stock standard answers, nothing stuck out as "different" from what one would expect.

But...then we asked, "In less than 20 words, describe how this time in the ocean makes you feel?"

This is where things got interesting. How the ocean makes people "feel" amazed us, we were really suprised at how deep (no pun intended) and almost spiritual the ocean is for people, for some it was part of who they are, for some it even makes them better people. No doubt here, the ocean has an incredibly powerful effect on us. These are not people just saying they "like" the ocean, this is something a whole lot more, from deep in our core and almost central to peoples' sense of well being. In fact we had hardly any answers that didn't elude to something bigger, something a lot more than just "fun"

Peaceful, relaxed, free, were some of the most common word used, here are some of our favorites .....

Makes me feel wonderful, happy, content. I love it

At peace. it's important to me because the entire ocean experience makes me a better person

I'm in my natural element, free, where I most want to be.

Perpetual rhythm of the ocean is soothing, and the magnitude lets you realise how small we are.

The salt water makes my body buoyant - gives a feeling of being suspended in time.

Relaxed, refreshed, connected with nature and myself

To me, its a metaphor of the levels of consciousness

The ocean is very sacred here in Hawaii. We steward it and find it to be a treasure.

A feeling of total relaxation, complete peace, solitude, mystical connection, being where I belong.

Time underwater definitely humbles me, the smallest creature there plays an even bigger role than you do.

It's like two old friends meeting on a cosmic level, no words, just a cellular rebirth of pure magic.

But can the ocean affect our brains?

Apparently, yes, and it goes a lot further too, in a recent article on BBC on why people enjoy being at the seaside, studies found that people's mood increased more when they were shown a blue environment, compared to green, urban or a blank wall. Researchers go on to say "What we're finding, if anything, is a lot less activity in the brain when the sea is being shown [compared to green spaces], which tells us that it's possibly less stressful and more familiar to the core human being.

According to Wallace Nichols, a marine biologist, just being around water gives our brains and our senses a rest from overstimulation. "The sound around us, from an auditory perspective, is simplified. It's not quiet, but the sound of water is far more simple than the sound of voices or the sound of music or the sound of a city and the visual input is simplified too. When you stand at the edge of water and look out on the horizon, it's visually simplified relative to the room you're sitting in right now, or a city you're walking through, where you're taking in millions of pieces of information every second." When we're near, on, in or under water, we get a cognitive break because there's simply less information coming in. Our brains don't shut down -- they keep working, but in a different way."

The ocean could very well make us happier, better people, just watch a family on the beach, their body language and compare it to a family at a mall for example. A stark contrast. And it doesn't cost you anything, a day pass to the ocean is FREE.  There really is something magical about the ocean, go on, go play.