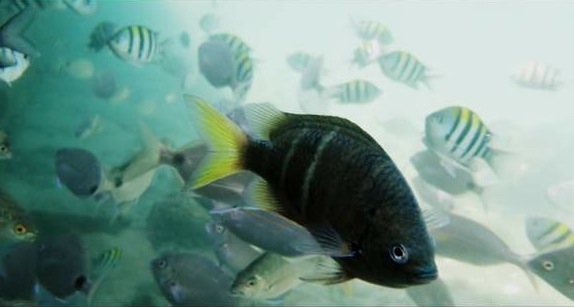 Are fish as intelligent as crows or even chimps? Science is showing us that they are a lot brighter than we may think, they use tools, feel pain and actually have pretty good memories....there goes the 3 second myth.

Tool use was long considered a thing that only human beings do, but it has become well-acknowledged in species such as chimpanzees, crows and many other animals as a sure sign of intelligence. Fish use tools too, for example, certain wrasse species are know to use rocks to break open sea urchins and get to the softer insides, while cichlids and catfish have been known to glue their eggs to leaves and small rocks, which they then carry around when their nests are disrupted. This is certainly not the behavior you would expect from a simple animal with no memory and no intelligence.

Fish have a pretty good memory

We recently asked some school children, how long can a fish remember and every one of them shouted out "3 seconds" ....this is actually rather sad that our ignorance has entrenched such a silly myth in society, maybe it just makes us feel better? Fish can learn very quickly and can keep memories for a long time. Dr Culum Brown, a world expert in fish behaviour explains that in experiments they undertook it took only five trial runs for rainbowfish to learn how to swim out of a net through a single hole. Not impressed, wait, after a year, the same fish remembered the exact escape route - “This is remarkable for a fish that only lives for 2 years in the wild,” explains Brown. “Moreover, the more fish present in the group the faster they learn."

We have seen this ourselves at Cleaner Wrasse "Feeding Stations" - when you snorkel up to the spot where a Cleaner Wrasse has it's "carwash", he will often hide away under a rock ....other fish will come along, expecting the Cleaner Wrasse to be there to remove parasites and get a good clean..... and when he is not, you can actually see the other fish repeatedly looking under the rocks, literally starting to queue up and demand attention. The simple fact that the Cleaner Wrasse doesn't get eaten in the first place should say a lot.

The discomfort a fish experiences when they are out of the water is comparable to a human drowning. Fish have all the "neurological hardware" they need to sense pain, just like other vertebrate species; they respond to pain killers well and show signs of distress when in pain. These are all signs that fish experience pain in ways that that humans can relate to, much as we can feel empathy for pain experienced by pet dogs or cats, or cows and chickens raised for food. Odd that we acknowledge this in all other animals but not fish?

Now you know, what do you do with this information? 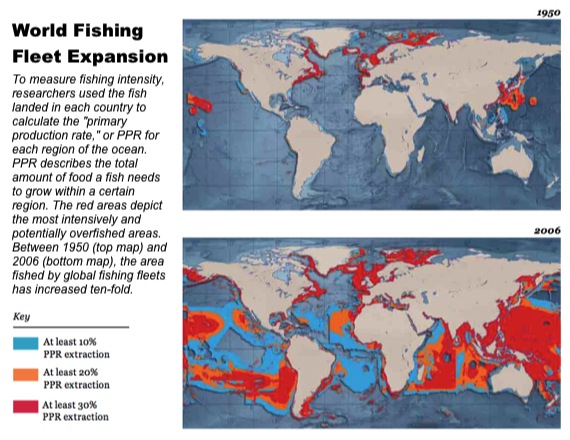 Finally, spend time in nature, especially with your children, learn about the fish, the birds, the trees, as the famous saying goes “In the end we will conserve only what we love. We will love only what we understand. We will understand only what we are taught.”