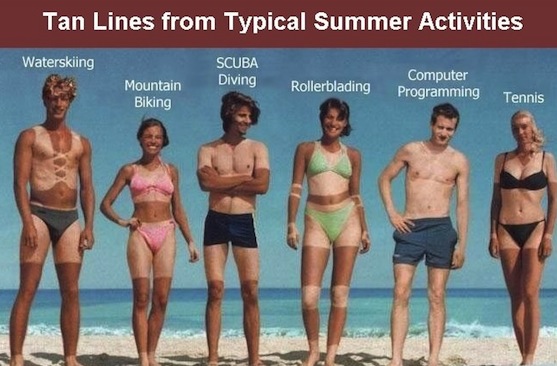 If you want to avoid dreadful summer tan lines like these, you're almost certainly going to need to make use of some sort of sunscreen (unless you intend spending the summer being a computer programmer) - Last week, we came across some research which linked sunscreen to serious damage to coral reefs around the world. At first glance we thought, hmm, surely there can't be enough volume of sunscreen to really impact much, but then we done the math.

In a small tidal pool like the ones we have on the North Coast with lots of coral, on an average summer day there are probably at least 100 people taking a dip during the course of the day, each person applies as little as 10-20mm sunscreen once or twice, lets say half gets washed off into the water. Over a course of a month we are adding at least 6 liters of sunscreen to a fairly confined environment ….worth thinking about. Take thousand and thousands of people along our coast …over a year, it's a lot of sunscreen. So what can you do?

Researchers behind the study, published in the journal Archives of Environmental Contamination and Toxicology, found that the chemical oxybenzone has toxic effects on young coral that causes serious disruption to hormonal systems, DNA damage and ultimately the death of corals. Oxybenzone also exacerbates coral bleaching, a process by which coral rejects normal symbiotic organisms (such as algae) and lose their color. Bleaching has been particularly problematic in recent years due to rising sea temperatures. Oxybenzone has also been linked to health issues in humans.

So, surely, the ocean is a big place, a bit of sunscreen, even a lot of suncreen, must surely be pretty well diluted? This is the bad news, currently, somewhere between 4,000 and 6,000 tons of sunscreen enters coral reef areas around the world each year. That’s a lot of sunscreen considering you just need 62 parts per trillion to be toxic, that's the equivalent of a drop of water in an Olympic sized swimming pool.

So What can you do? 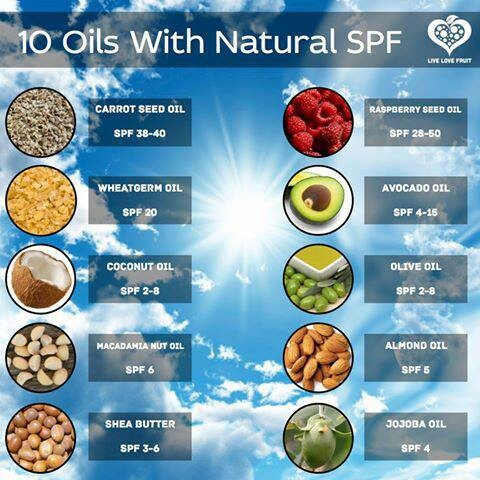 We are pretty certain there are many much bigger problems affecting our oceans, over fishing, climate change, plastic pollution, marine aquarium trade, lack of protection, you name it. And perhaps you may feel like "little old you" making important choices about sunscreen won't have a positive impact or solve the oceans problems. No, it won't solve all our problems, but each person doing something positive and making clear choices is an important counter balance. It may not change the world, but it certainly swings the pendulum the other way....even if it's just a little bit.